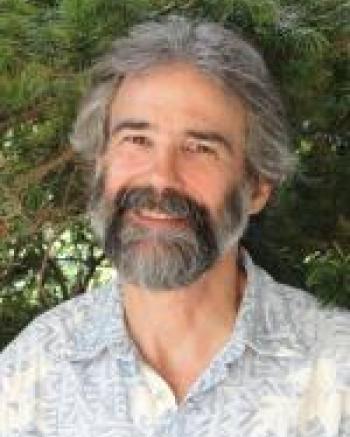 Position
Dr. James W. Raich is a Professor of Ecosystems at Iowa State University. Jim is a field-oriented scientist who primarily studies carbon cycling through the plant-soil-atmosphere continuum, at local to global scales. He earned a B.S. in Botany from Michigan State University in 1977, and then a M.S. in Plant Ecology from University of Florida in 1980, where he discovered both ecosystem modeling and the tropics. Jim received his Ph.D. in Forest Ecology and Silviculture from Duke University in 1987, based on his Fulbright Scholarship-funded research in Penang, Malaysia. Jim then moved to the Ecosystems Center of the Marine Biological Laboratory, where he was instrumental in preparing the Terrestrial Ecosystem Model (TEM) for global change analyses. In 1990 Jim moved to the Big Island of Hawaii to study vegetation and ecosystem development on windward Mauna Loa with Peter Vitousek. He joined Iowa State University in 1992, where he teaches in the Biology and in the Environmental Science Programs. He has been a member of CGRER (Center for Global and Regional Environmental Research) at the University of Iowa since 1995. Jim received a second Fulbright Research Scholarship to study Forest Structure in the Western Ghats of southern India, in collaboration with the Kerala Forest Research Institute, and later spent two years as a Program Director within the Division of Environmental Biology at the National Science Foundation.